Animals Born at Dublin Zoo in 2018

At the beginning of the year, Dublin Zoo welcomed the birth of an Asian elephant calf. Proud mum, Anak, gave birth to the healthy male calf on Saturday, February 10th after a 22-month gestation period. The new-born was a significant success for Dublin Zoo as part of the international breeding programme, established to assist the survival of the Asian elephant. It is estimated that the Asian elephant population has declined by over 50% in the last 70 years. Dublin Zoo also provides ongoing support to the research of Asian elephants in the Kaziranga National Park, India. 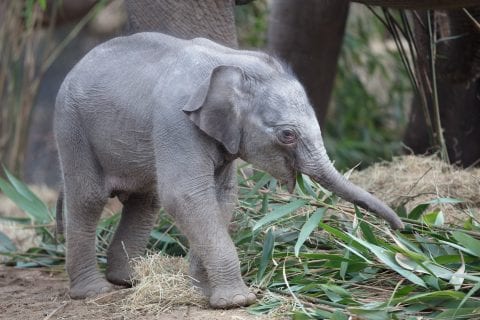 Two weeks after the birth of its Asian elephant calf, Dublin Zoo welcomed more new arrivals – two Rothschild giraffe calves – one female and one male. Born on February 13th and 25th respectively, the new-borns joined the rest of Dublin Zoo’s giraffe herd in the African Savanna. The Rothschild giraffe is one of the most threatened of the nine sub-species of giraffe. Rothschild male giraffes grow to six metres in height and can weigh over 2000kg. Fewer than 670 remain in the wild.*

*Source: The Rothschild Giraffe Project and the Giraffe Conservation Foundation. 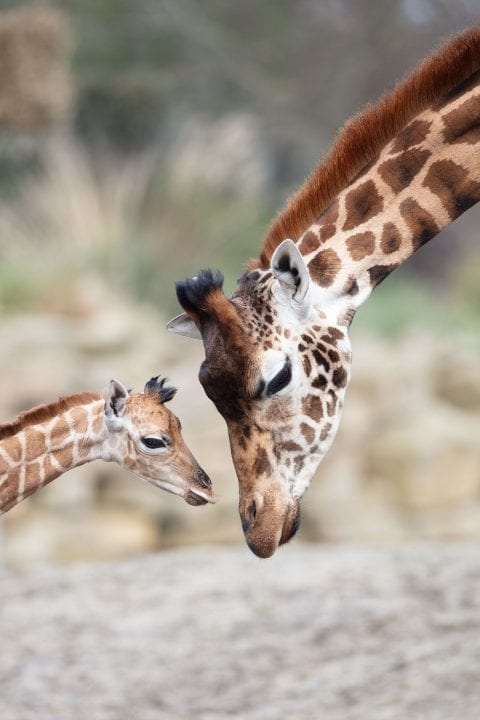 On 13th of April, two sibling red-ruffed lemur pups were born at Dublin Zoo, one male and one female. Red-ruffed lemurs are native to Madagascar and are classed as critically endangered on the IUCN Red List of Threatened Species. Dublin Zoo is part of a European breeding programme for the species. 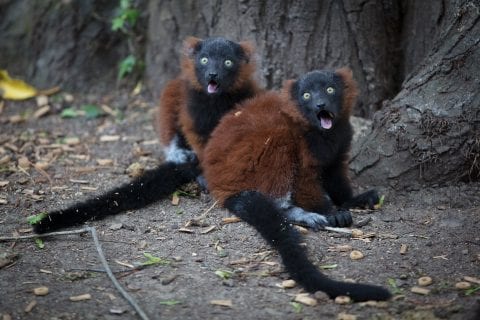 Dublin Zoo announced the birth of not one, but three California sea lion pups over the course of two weeks in June 2018. The pups, one male and two females, are the offspring of father Niko and proud mums Florence, Seanna and Cassie. It wasn’t a coincidence that the three new arrivals were born in June – sea lions give birth at optimum times of the year, when the conditions are at their best and food is plentiful, giving them a greater chance of survival. Dublin Zoo takes part in the European Breeding programmes for California sea lions. 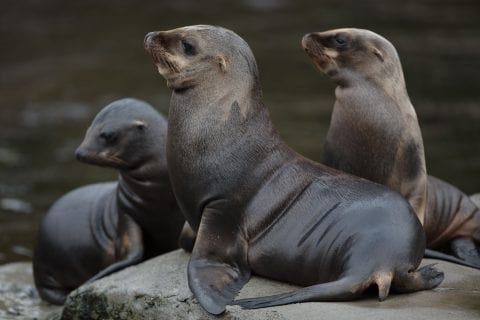 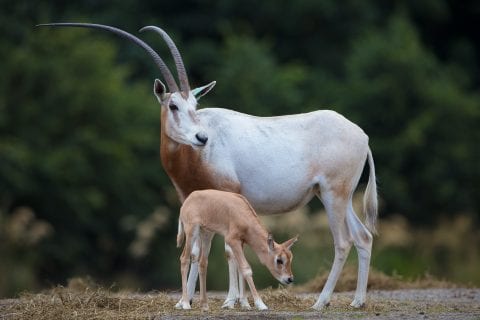 In August, eleven Chilean flamingo chicks hatched after a 30-day incubation. The Chilean Flamingo is famed for its striking pink plumage with crimson feathers along the edge of the wings. They stand over a metre tall and with a wingspan of up to a metre.  At birth the chicks have a grey, white plumage which they lose gradually over a two or three-year period when their pink feathers begin to show. Their colour comes from carotenoid pigments which they consume as part of their diet. 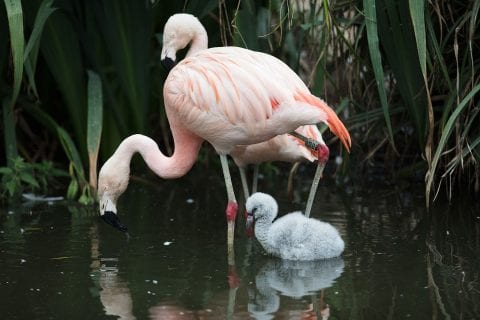