Dublin Zoo is home to a troop of seven chimpanzees. Four of these are western chimpanzees and they are part of a European breeding programme for this subspecies (type). Western chimpanzees, as the name suggests, are found in West Africa.

Unfortunately, western chimpanzees are listed as critically endangered by the International Union for the Conservation of Nature (IUCN). Their main threats all stem from their closest relative – humans. These threats include loss of habitat, poaching (for meat, the pet trade, traditional medicine and human-wildlife conflict) and diseases spread from humans. 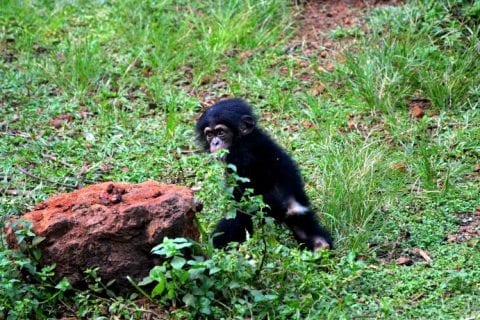 The Tacugama Chimpanzee Sanctuary was founded in 1995 in Sierra Leone in West Africa. It was originally established to care for rescued western chimpanzees and to rehabilitate them and release them back into the wild when possible. Although it is illegal to keep chimpanzees as pets in Sierra Leone, it still continues today, with chimpanzees being kept in unsuitable conditions or abandoned when they get too big. Over the years, Tacugama Chimpanzee Sanctuary has become more involved with community outreach programmes, wildlife monitoring and responsible tourism. 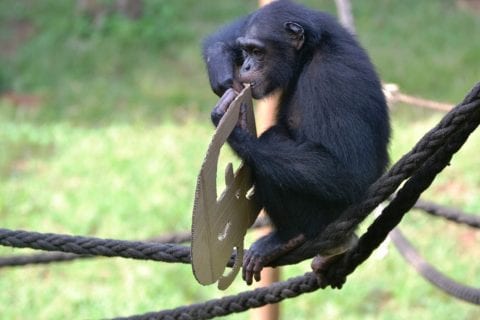 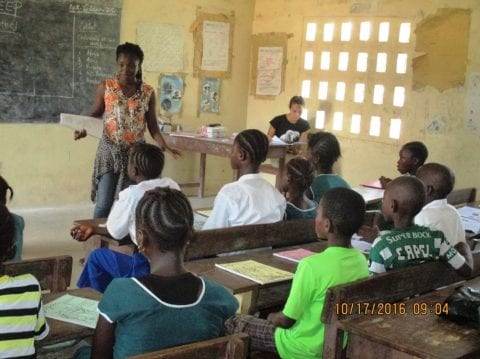 Since 2015, Dublin Zoo has provided funding for the Tacugama Community Outreach Programme (TCOP) to promote community conservation. A major loss of chimpanzee habitat in Sierra Leone is due to slash-and-burn agriculture, whereby the vegetation is cut down and burnt, and creating land for farming. However, the soil on this land is poor and farmers need to slash and burn more forest after a few years. TCOP is working with farmers to use permanent fields and build up soil health, thus reducing the need to destroy chimpanzee habitats. TCOP is also encouraging farmers to return some farmland to the forest. In addition to this, TCOP is arranging workshops with local communities to talk about chimpanzees, habitat protection, and how this affects their local community. 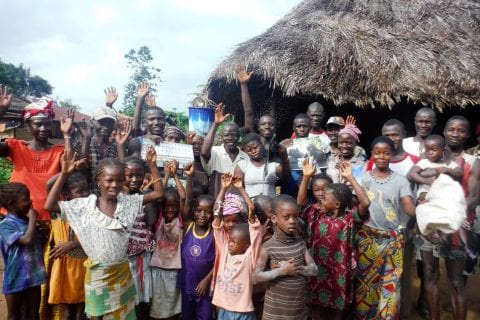