Dublin Zoo is celebrating the arrival of an Asian lion cub. The cub was born to mum Zuri and dad Kumar who came to Dublin Zoo from Rotterdam Zoo in the Netherlands last year.

The birth of this lion cub is very significant for Dublin Zoo and the international breeding programme for this critically endangered species. There are less than 350 Asian lions in the wild.  The entire wild population of these lions can be found in one place – the Gir Forest in India. 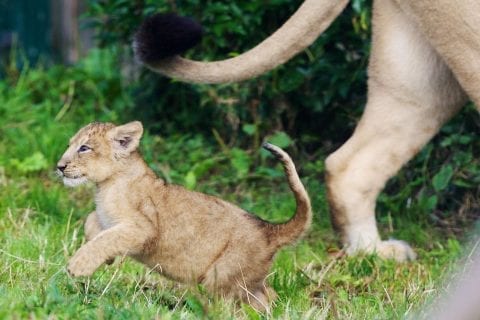 According to the animal care team at Dublin Zoo, the lion cub is bonding well with his parents, first time mum Zuri and experienced dad Kumar.

Team leader Ciaran McMahon said ‘We’re thrilled about the arrival of the cub. He has a wonderfully playful and curious personality. It’s lovely to see Zuri taking to her role as a new mum so well and Kumar is as cool and calm as ever. At two months old he now weighs an estimated 6.6kg.’

continued, ‘In the past Dublin Zoo was very successful breeding African lions. It is now of great conservation importance that zoos maintain a viable population of critically endangered Asian lions.’ 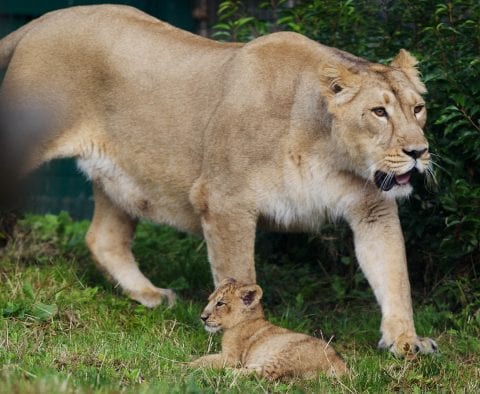 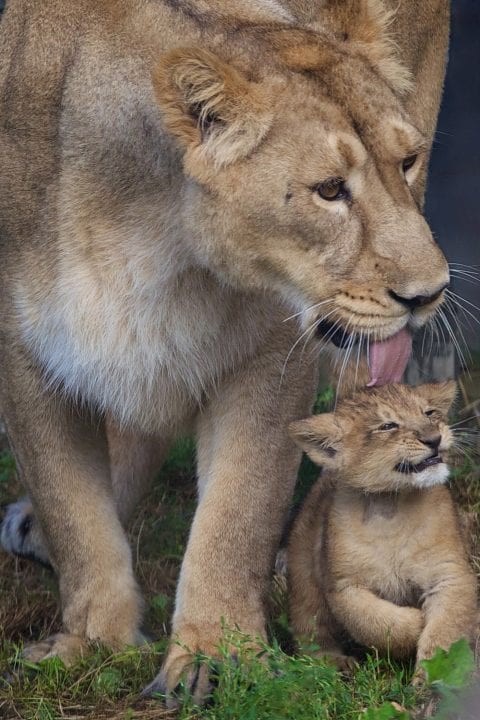