Supporting research on the island of Sumba in Indonesia

Since 2011, Dublin Zoo has been providing funding for research on Sumba, which is carried out by ZGAP (Zoologische Gesellschaft für Arten- und Populationsschutz), a German conservation organisation, and Burung Indonesia (Bird Indonesia). Although fewer birds are being caught for the pet trade, the population has not increased as hoped. It was believed that this might be due to fewer birds successfully rearing chicks. A research project was established to investigate why breeding results were poor in the wild in the hope that we could find ways of helping to improve the results. Unfortunately, the number of nesting cockatoos encountered was very low, so it was decided to conduct an island-wide census. Current estimates of the wild population suggest that there are between 500 and 5,000 birds remaining so more accurate numbers are vital for planning conservation measures for this bird. 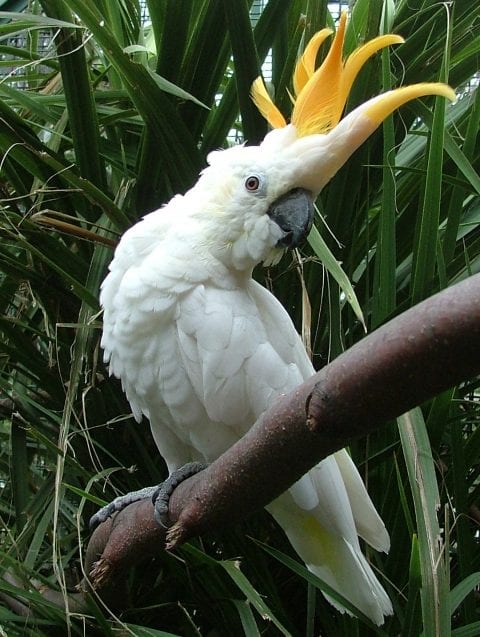 The European Zoo Breeding Programme for this subspecies was started in 1992 and Dublin Zoo took over this programme in 2004. Coordinating the breeding programme involves maintaining a healthy zoo population, which can act as an insurance population for the wild population. In addition to this, information gathered by keeping these birds in zoos may help with conservation planning in the wild.

In 2016, Dublin Zoo began caring for a juvenile flock of citroncrested cockatoos. In the wild, young birds flock together before forming pairs for breeding. It is believed that flocking young birds together in zoos is important for their development (as they are social and intelligent birds) and it allows them to choose their own mate for breeding.

What can you do?

Try to ensure that any products made from trees (e.g., paper, cards, furniture) come from sustainable sources. Loss of forests has not only impacted the citron-crested cockatoos but thousands of other animals as well. The pet trade has pushed the citron-crested cockatoo and many other animals to the brink of extinction. If you feel you have the expertise and dedication to keep an exotic animal as a pet, please ensure it has not been taken from the wild. 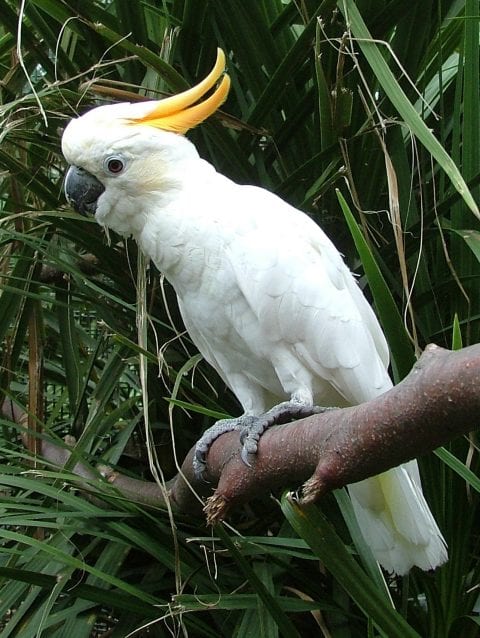