Stick insects are present on every continent except Antarctica, though they are more abundant in regions with tropical climates.

Stick insects can live from a few months up to three years depending on the species.

Their Latin name Phasmatodea comes from the Ancient Greek ‘phasma’, meaning apparition, phantom or ghost. This referred to the fact that they resemble plants, while actually being animals.

Their patterns and colours camouflage them into their environment as sticks or leaves. If the wind is blowing they can sway their bodies to mimic leaves or sticks moving with the wind, so they remain hidden from predators.

Stick insects have a range of defences against predators including faking their death (remaining very still), releasing foul odours and releasing an entire limb to escape the grasp of a predator.

A male and female can mate for days or weeks on end. Some species of stick insect can reproduce parthenogenetically, which means that females can reproduce without a male being around. This type of reproduction only allows females to be born as they are clones of the mother. If the female mates with a male, both females and males can be born.
Young stick insects start their lives as eggs. After they hatch out of their eggs they are called nymphs. Nymphs go through several moults (shedding their skin) before they become adults.

From a few days up to a year depending on the species.

A female stick insect can lay a few eggs at a time, adding up to hundreds of eggs over her lifetime.

From 3 months to a year depending on the species.

Varying in size from 1cm to 30cm depending on the species.

Varying in size depending on the species. Females are normally larger than males with the longest females reaching up to 55cm. 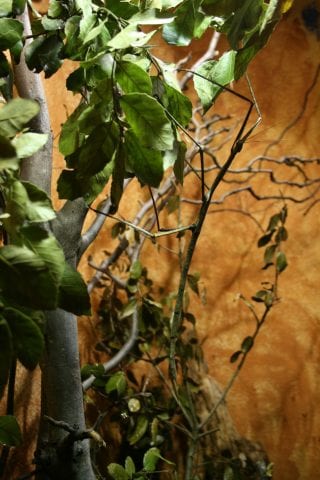 Depending on the species, stick insects are listed under various categories from Data Deficient to Critically Endangered by the International Union for Conservation of Nature.

In general, stick insects are threatened by habitat loss, pesticide use, agriculture and drought. 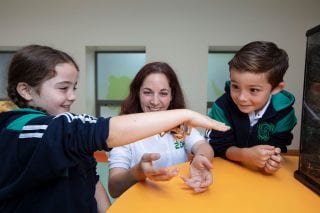