Most people think of lions as an African species. However, there is also a lion subspecies that lives in Asia, the Asian lion. The Asian lion’s fur ranges from pale brown to grey in colour. Like all cats, they have powerful retractable claws and long, sharp canine teeth.

Most people think of lions as an African species. However, there is also a lion subspecies that lives in Asia, the Asian lion. The Asian lion’s fur ranges from pale brown to grey in colour. Like all cats, they have powerful retractable claws and long, sharp canine teeth.

Today, Asian lions live in only one place in the wild, the Gir National Park and Sanctuary in India. There, they live in dry deciduous forests and scrublands. The park was set up in 1965 to protect the lions.

Asian lions are carnivores (meat-eaters). They eat antelope, wild boar, buffalo and small deer. They are ambush predators; they hide from their prey and then charge at it, grabbing their prey before it runs away. Hunting mostly takes place at night.

The closest relative of the Asian lion is the other subspecies of lion, the African lion.

Asian lions spend up to 20 hours a day resting or sleeping.

The male lion is the only cat that has a mane. Asian lions have shorter, darker manes than African lions. The lion’s mane is an indication of its maturity and dominance.

The lion has the loudest roar of all the big cats. It can be heard up to eight kilometres away. 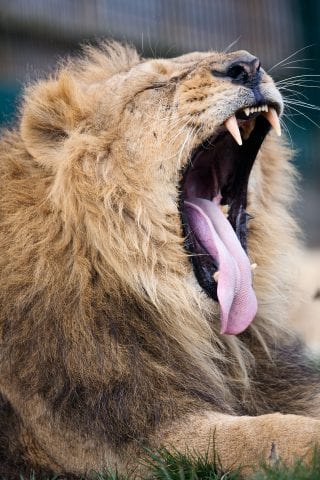 Asian lions are social and live in a family group called a pride. They are the only cats that live in groups. The pride is made up of closely related females and their young. The adult male is more solitary and mixes with the pride for breeding and feeding after a hunt. Young males eventually leave the pride to establish their own prides. 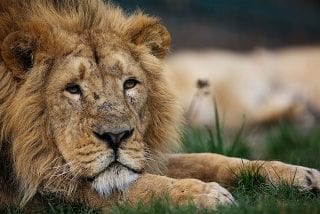 The Asian lion is classified as Endangered by the International Union for Conservation of Nature (IUCN).

The main threats Asian lions face are habitat loss and poaching (illegal hunting). As they only exist in one area, Asian lions are also vulnerable to unexpected events in that area such as natural disasters or diseases. Another significant threat is a conflict with farmers when lions come onto their lands.

Dublin Zoo is part of the European Endangered Species Programme for the Asian lion, which manages their population and breeding. 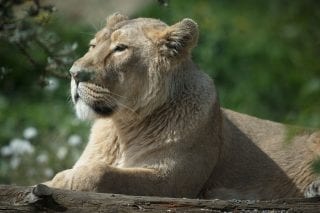